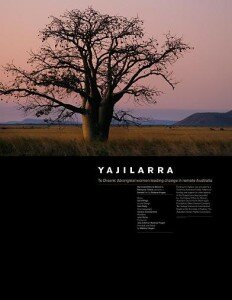 In 2007, there were 55 deaths (13 being suicides) in the remote community of Fitzroy Crossing in Western Australia. A group of women in the community took action and successfully lobbied the Western Australia liquor licencing board for restrictions on the sale of full-strength take-away alcohol. The ban was controversial. However, one year after the restrictions were introduced, an independent evaluation showed a 28% reduction in alcohol-related police tasks, a 36% reduction in alcohol-related presentations to hospital, a 14% increase in school attendance and a reduction in the sale of pure alcohol from the Crossing Inn from 104 l/day to 23 l/day.48

Concerns about high rates of alcohol use during pregnancy continued in the wake of the restrictions and, in 2009, the community developed a strategy for the diagnosis and prevention of FASD and supporting parents and caregivers of children with FASD. Members of the community started an impressive and long-term project called “Marulu: The Lililwan Project.” This project was an FASD prevalence study across the remote Fitzroy Valley, the first study of its type (49).

A documentary Yajilarra (director, Melanie Hogan, 2009, 26 minutes) was made about this group of women from the Marninwarntikura Women’s Resource Centre. The film premiered at the United Nations Commission on the Status of Women in New York in 2009 where it received a standing ovation. CEO and Chair of the Marninwarntikura Women’s Resource Centre June Oscar and Emily Carter accompanied the Minister for the Status of Women, Tanya Plibersek MP to the UN summit in New York and spoke to the delegates about spoke to delegates about their struggle to eliminate domestic violence and alcohol-related abuse (50).